With a stellar career to date under her belt, meet our latest Trailblazer in the seasonal series. Paving her way as an award winning Historian, Author and Broadcaster, Professor Clare Wright has cemented herself as one of Australia's most regarded in her field. Creator of the 2012 documentary, Utopia Girls: How Women Won the Vote, she ardently seeks the truth of the past for a modern audience, dedicating years of work to the cause.

Meet the Melbourne based Wright captured at home for The Aje Report. 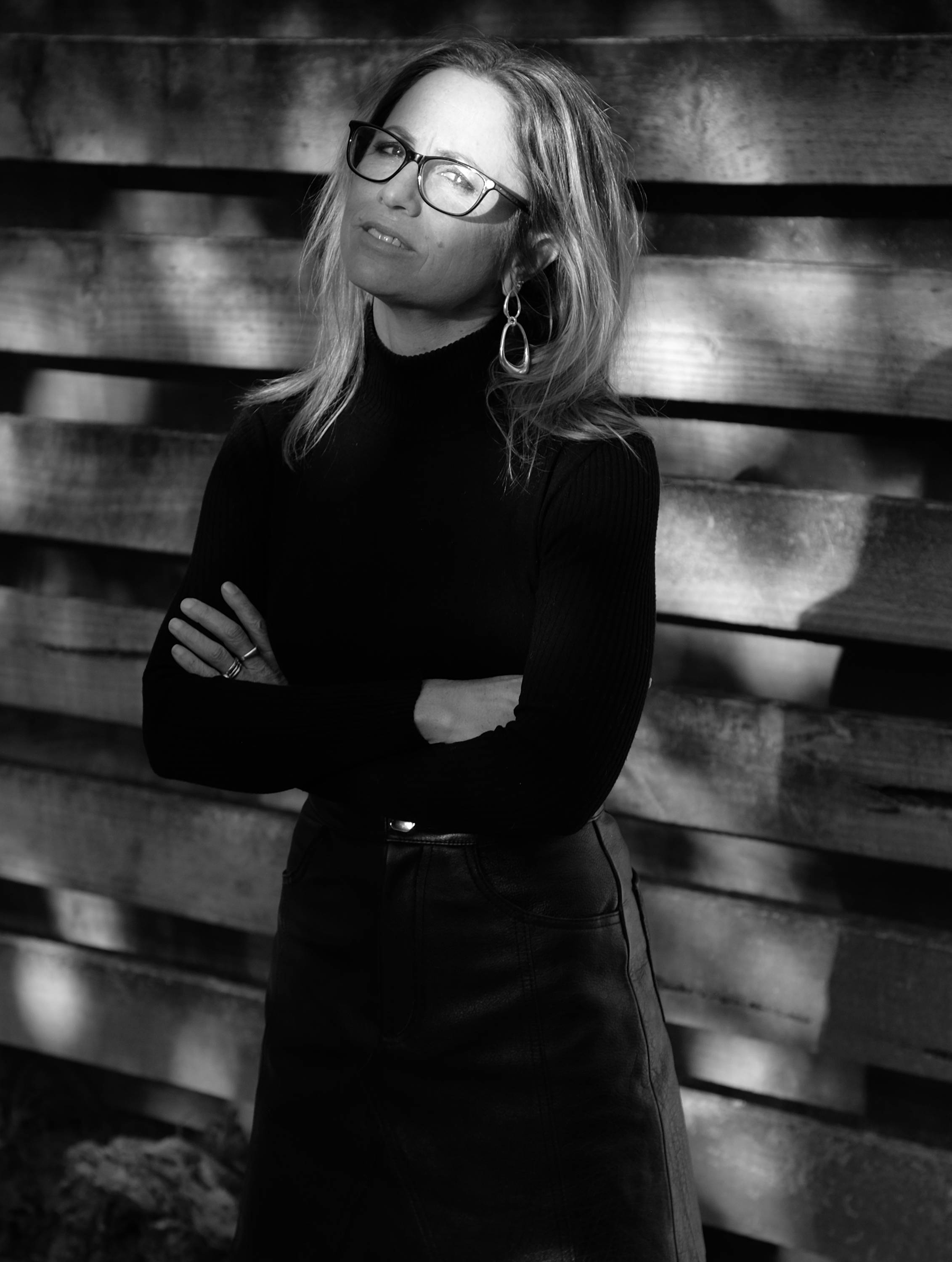 Needless to say, you’ve had an incredible career. With all of your insights as a professor, an award-winning historian, author, broadcaster and public commentator who has worked in politics, academia and the media – what has been the most memorable or principal milestone for you?

The game-changing moment of my career was, without doubt, winning the Stella Prize for The Forgotten Rebels of Eureka in 2014.  Being recognised through a high-profile literary award like the Stella Prize meant that Forgotten Rebels brought a lot more people to reading history, people who wouldn’t ordinarily think to pick up a history book. For me, that’s super satisfying; to be able to communicate this fantastic story to people who usually say, ‘I hated history at high school, I couldn’t wait to drop it!’ People told me that reading the book was more like reading a novel — even though it was all true — which was music to my ears. And Forgotten Rebels is now being developed into internationally co-produced television drama series, with the pilot script written by the Hollywood screenwriter Anne Kenney, whose work on the Outlander series I absolutely adored. I still have to pinch myself about this one!

Winning two major literary awards and being short-listed for a host of others also meant that I started being invited to speak at Writers Festivals instead of academic conferences. It has been a joy to meet so many writers who were my heroes and are now my friends. Last year, following the publication of my book You Daughters of Freedom, about how white Australian women were the first in the world to win full political equality with men, I appeared at sixteen Writers Festivals, including being the sole Australian representative at the Bangkok International Literary Festival. I’ve always been a nerd, but now I’m a nerd who goes to good parties!

Within your literary arsenal, your second book ‘The Forgotten Rebels of Eureka’, took ten years to research and write. What did you learn about yourself, and of perseverance and patience through that process?

Trite but true: patience really is a virtue. Learning that some things just do take a long time and can’t be rushed or compromised was a valuable lesson for me. Forgotten Rebels took a decade partly because I was raising young children (3 of them, now aged 23, 21 and 15) and partly because it required pain-staking archival research to uncover this incredible untold story of women’s role in one of the key foundation stories in Australian history. We live in an age that compels us towards the immediate gratification of our needs – for attention, for affirmation, for approval — but it’s so important to learn to trust your process and enjoy the ride, even if it’s a long one! 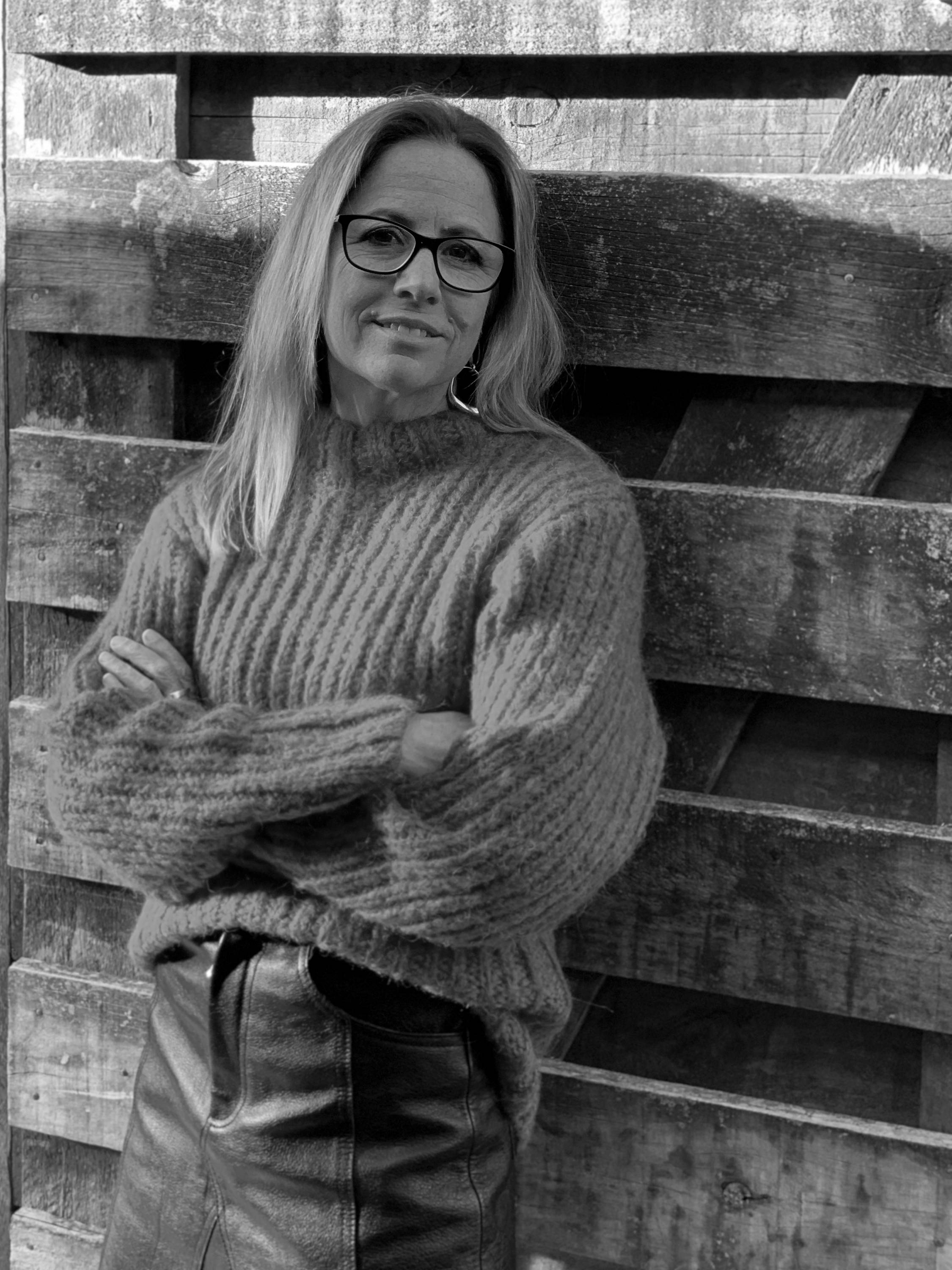 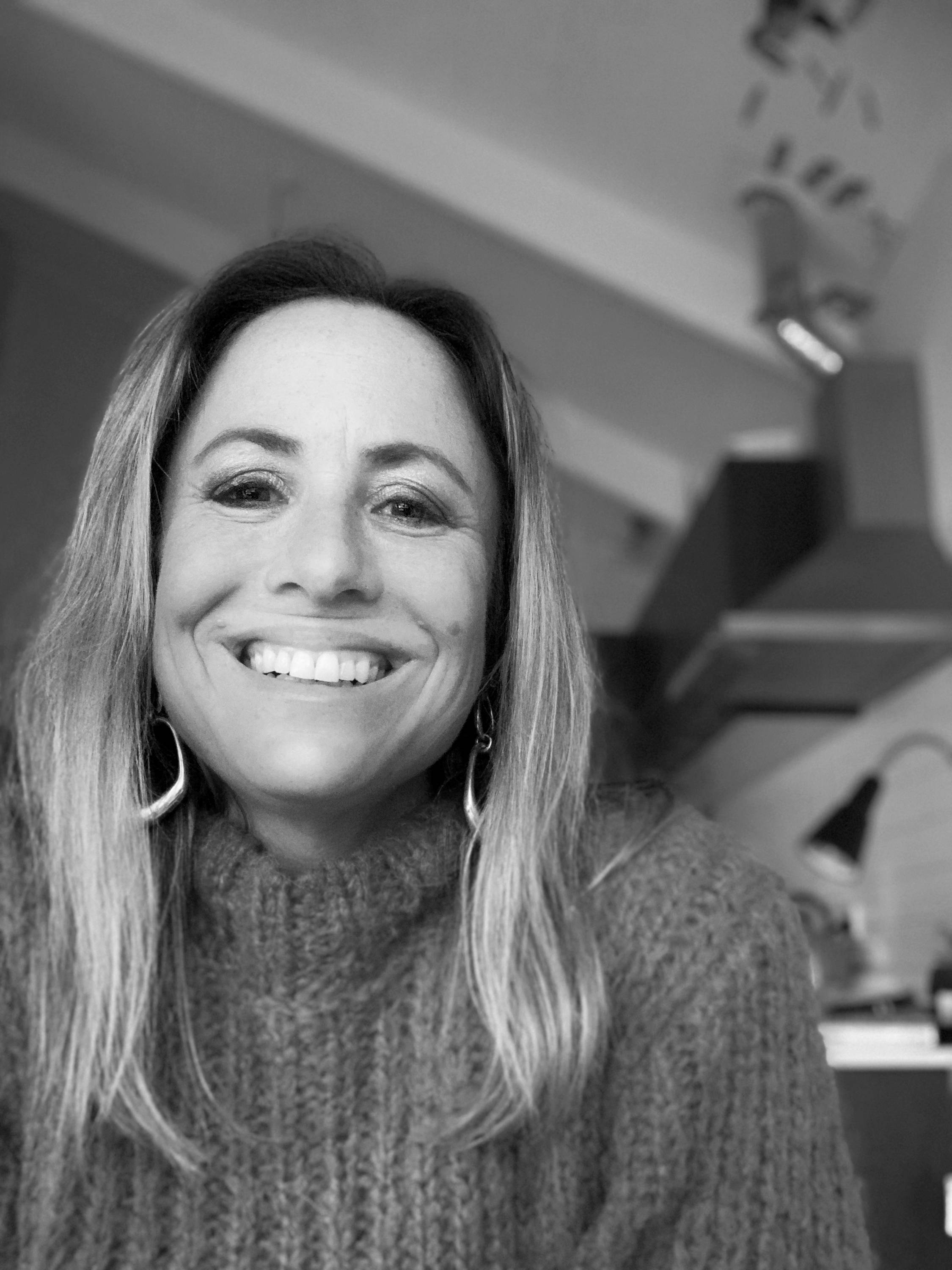 For those who admire your career trajectory, what advice or counsel can you impart?

I’m all for leaning in, but it’s really important to know when to step back. There are times when you need to care for yourself more than attend this meeting or hit that deadline. You cannot be all things to all people and give of yourself 100% of the time. I learned this the hard way, having a complete breakdown when my third child was about two. Life is not a performance sport and achievement is not the only sign of a life well lived.

It’s also critical to never compare your insides to other women’s outsides. Capitalism and the patriarchy conspire to keep women in constant competition with each other. We’re all just doing our best and need to be compassionate to each other and to ourselves.

I turned 50 last year and I’ve been thinking a lot about my younger self. I think as we age, women lose sight of the brave, irreverent, ambitious, rebellious, wide-eyed girls we once were. We need to bottle our authentic teen spirits and re-apply liberally instead of all the fake lotions and potions we use to cover up who we really are. So my career advice is: be bold, take risks, don’t take shit, demand and command respect. And take naps. I’m a big rap for the strategic nap!

What conversations today, are most prevalent for our times that we as a society need to be discussing or asking ourselves?

Living in lockdown has forced many of us to ask whether we really need as much distraction, sociability and stuff in our lives. We’ve stopped running around like headless chooks and, through the mediums that are keeping us connected like news and social media, we’re being forced to confront the big issues of our times: inequality, injustice, abuse, and the structures of discrimination, oppression and violence.

If we are going to be part of the solution and not part of the problem, we are going to have to confront our various privileges and bias. I am a white, educated, straight, able-bodied, cis-gender woman with English as my first language. That puts me (almost) at the top of the socioeconomic, political and cultural food chain. Every day I need to ask myself how I can be an ally to those who do not have this luxury; how I can challenge and change the status quo. Yes, it’s exhausting. But it’s not ‘PC gone mad’ or any of the other crap that people who are scared of losing their power say to justify their prejudice.

We need to look back at the past with honesty, and we need to look forward to a future that is fairer, safer and more sustainable.

Whose literary work has played an important or impactful role for you?

There have been two Australian writers whose work had a major influence on my own craft.

One is a historian, the late Inga Clendinnen. Inga was an exemplary scholar who abided by all the rules of the academy but made her work accessible to wide audiences through the sheer beauty of her prose and lucidity of her ideas. She never used her intelligence as a weapon, only a tool for greater understanding of our past and its consequences. Her book Dancing With Strangers is a gem.

The other is a novelist, the very much alive and kicking Kate Grenville. I studied her historical novel, The Secret River, not for its telling of frontier contact history so much as her sheer wizardry as a storyteller: the way she uses dialogue, pace, narrative tension, how she builds character so that as a reader you feel emotionally invested in what happens to people. You have skin in the game. I have tried to blend the best of both of these writers’ techniques and sensibilities into my own writing.

And special shout-out to Anne Summers and her 1975 classic, Damned Whores and God’s Police, the book that made me want to be a historian. Anne’s life as a feminist activist as well as journalist, political advisor, author and editor is an inspiration.

But the writing that excites me the most at the moment is that of our First Nations’ authors. Tara June Winch’s The Yield, Tony Birch’s The White Girl, Song Spirals by the Ga’wu Group of Women from North East Arnhem Land — these are the stories and perspectives I want to hear. The ones that change my frame. The ones that ask me to dig deeper. 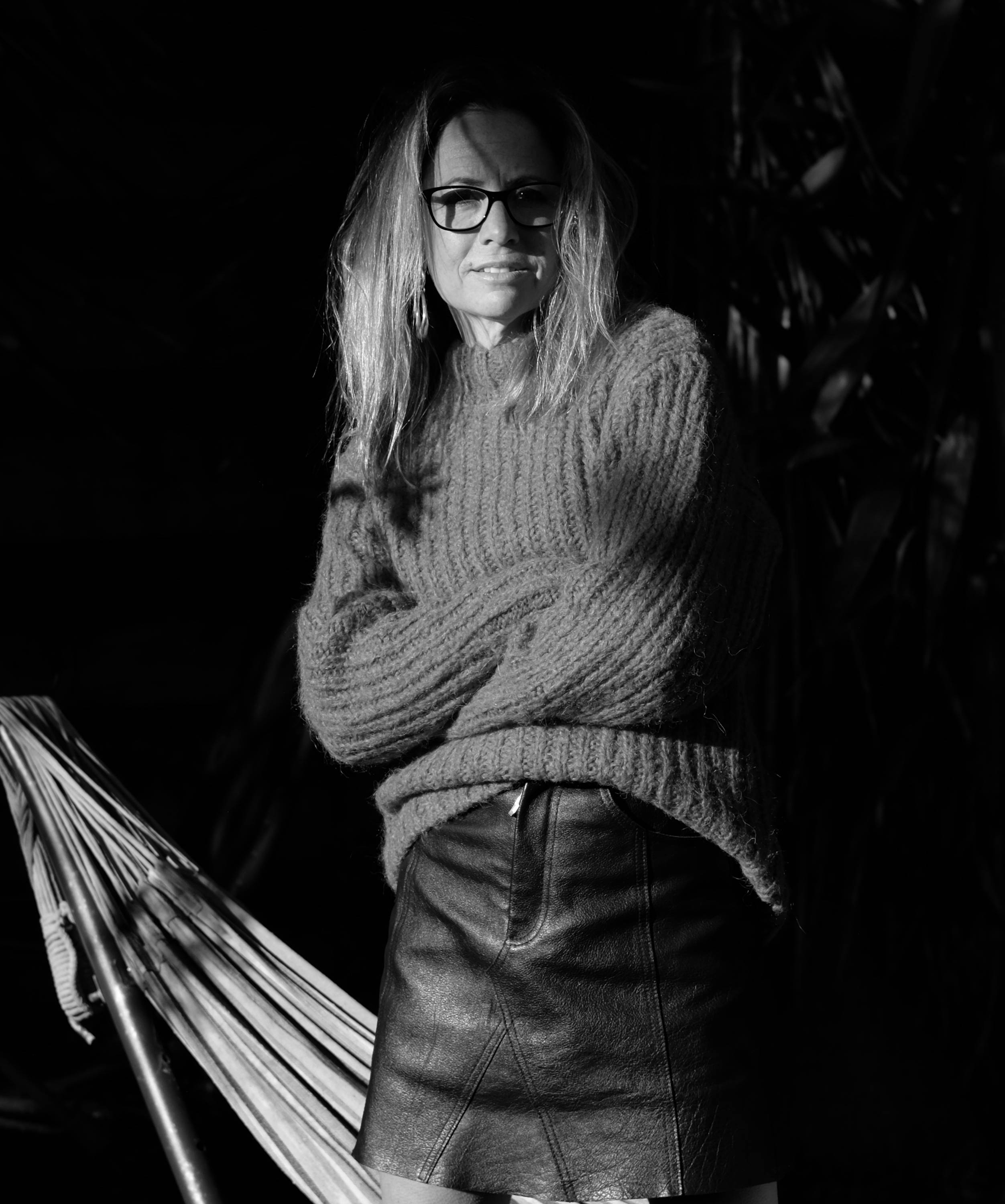